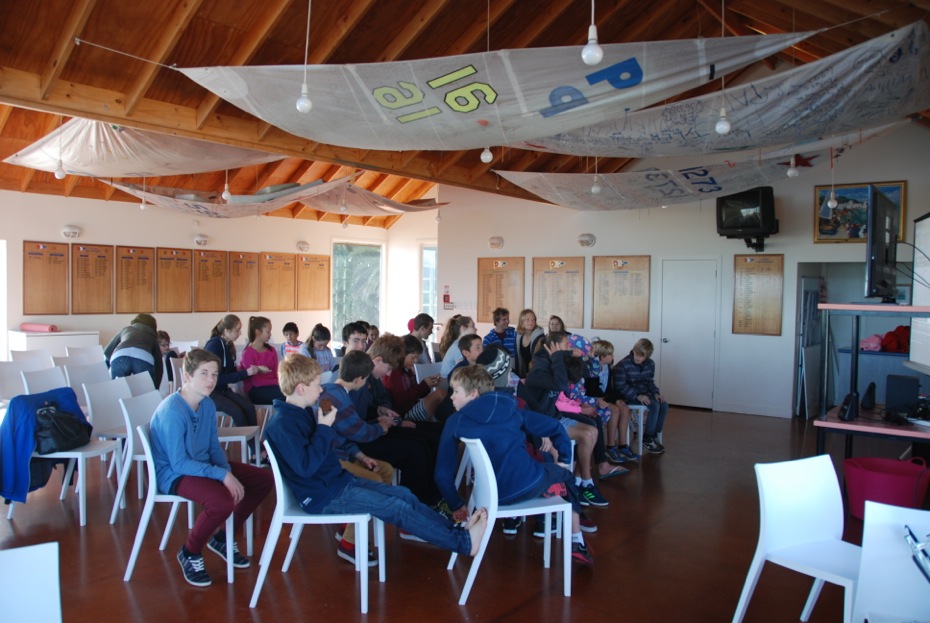 Sunday 22 September was the opening of Kohimarama Yacht Club’s  74th season. This coincided with a scheduled America’s Cup race. Being clever Kiwi’s we decided to incorporate both events. The day started early with bacon and egg rolls for everybody. A big TV screen was setup and a projector for Virtual Spectator (thanks Paul and Marin). Unfortunately the AC race was called off due to a lack of wind and from the wrong direction.

Attention then switched to our own sailing. A beautiful day had unfolded with a very nice breeze to shake out the winter cobwebs. All sailors had some starting practice in the morning, including Annabel and Sophie on the 420. After lunch the fleets headed out again into a nice breeze. The outer course (Opti Div I & II, P, Starling and Splash) had three races. The Marama crew of Alan, Marcello and Colin ran great courses that saw some tight racing. The large Green Fleet had great sailing under the watchful eye of Peter Morton and coaches James and new recruit Matt.

With the tide dead low at the end of racing the boat crews adjourned to the deck to enjoy the sunny afternoon, socialising while waiting for a bit more water to retrieve the support boats. What a great end to one of the better Opening Days weather wise!