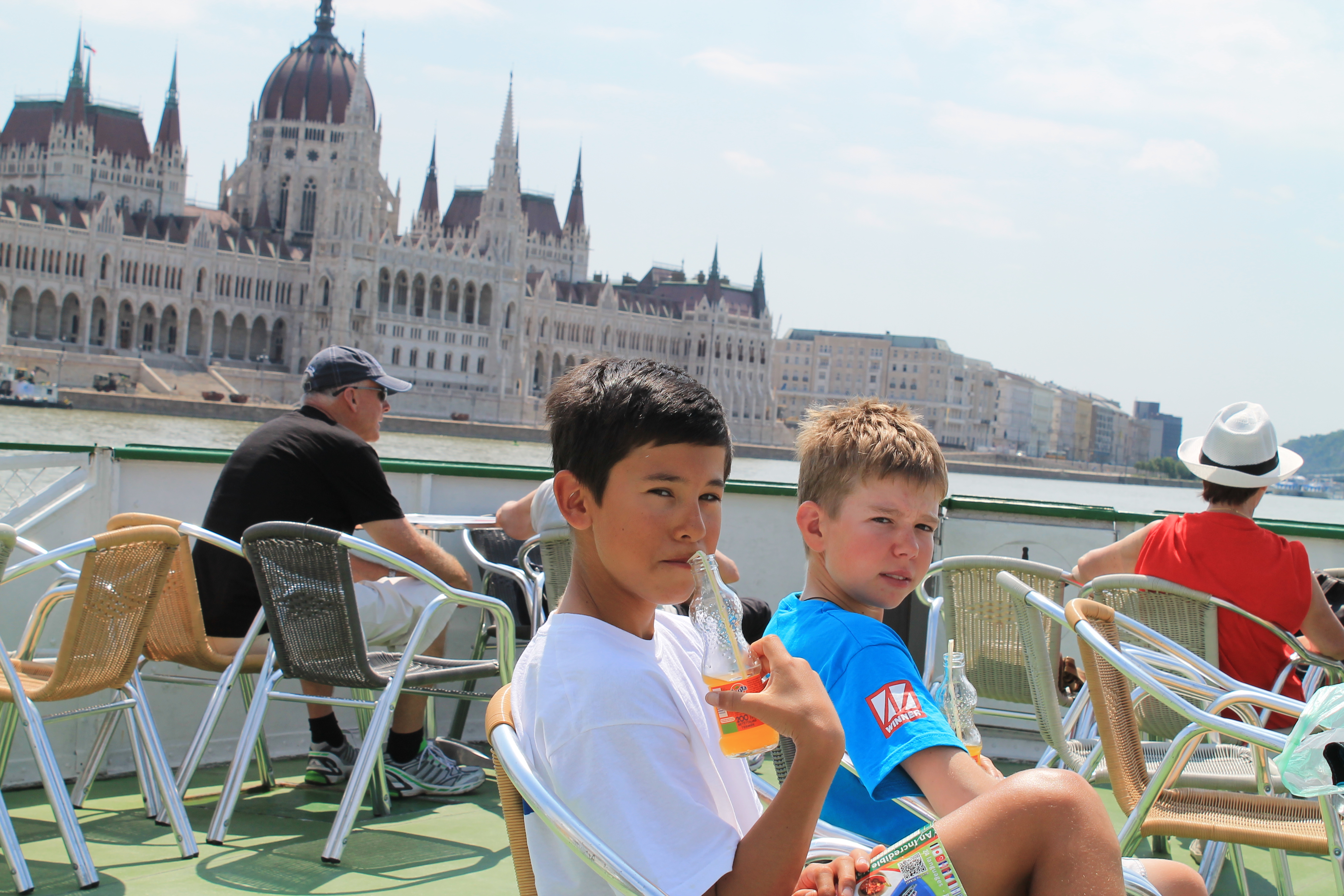 Scott and Craig on the Danube River

Lake Balaton lived up to its reputation for light and fickle conditions, the 248 Optimist sailors from 40 countries had some frustrating but highly competitive sailing.

At the end of the event Craig and Scott were the top two Kiwis finishing 47th and 75th respectively out of 146 boys.

I’m sure both boys gained some more light wind sail skills, as well as some priceless memories and a lot of Facebook friends from around Europe. The photo of the boys ‘sailing’ on the Danube River in front of the Hungarian Parliament before having to fly home to NZ.