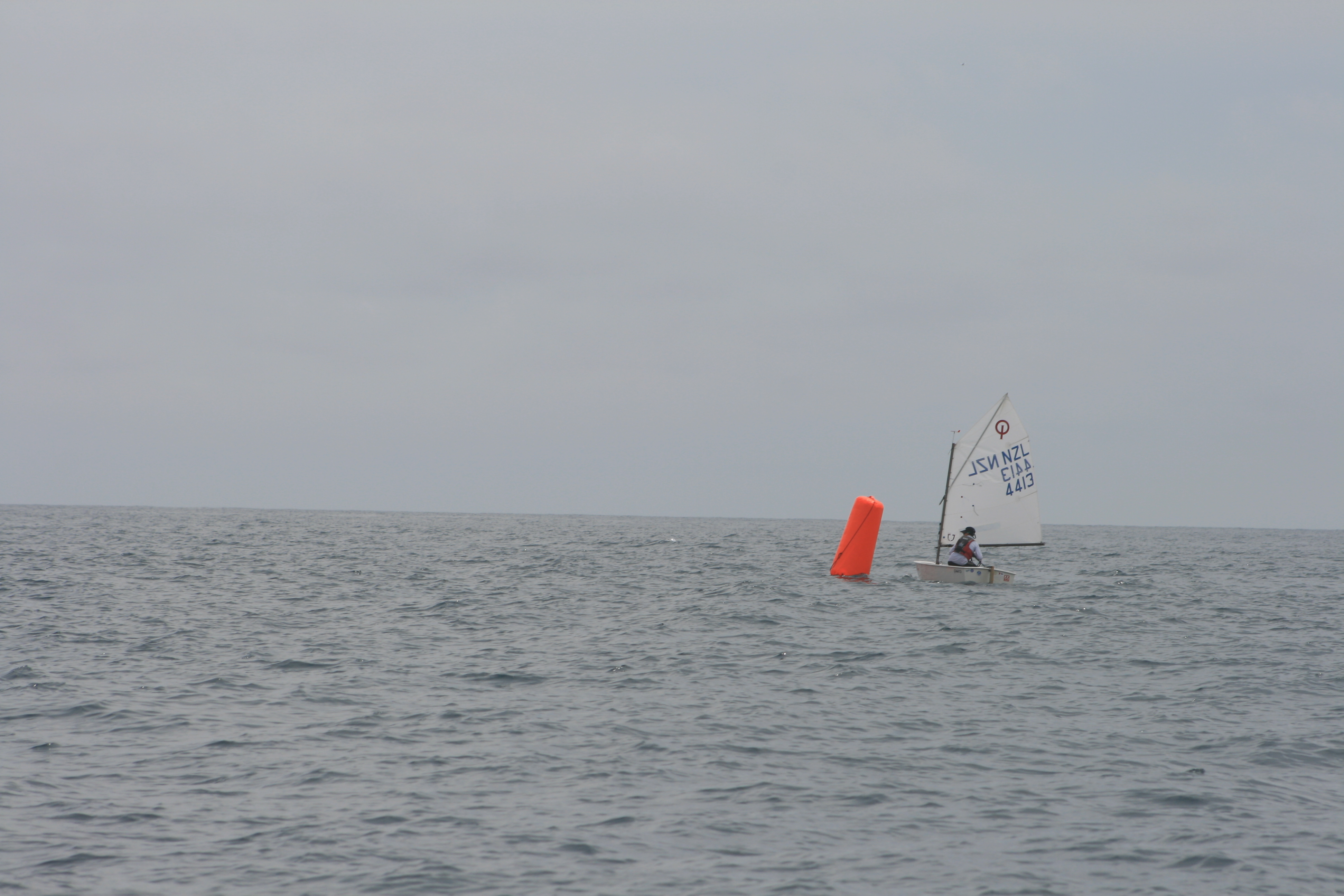 Scott well on the way to winning Final Race 1

KYC had an outstanding regatta, winning both the Open Fleet and Green Fleet. Scott McKenzie managed to keep the Australians at bay to take the win on Open Fleet on the final day, and there was no doubt who was taking out the Green Fleet with Henry Angus winning 3 races and a 3rd in the other. Several of the team got guns, which brought much delight to the supporters out on the water.

The Kohi Hard KORE Squad  did extremely well with 5 in the top 10 and all finishing in the top 21, They were well coached by Frankie Lardies. Frankie may need to coach ten pin bowling too? The KYC team headed to the bowling alley after “AP over 3” was hoisted on a still, wet morning on Saturday with Frankie taking the high score.

Will Shapland was first 12 year old, Sam Morgan 2nd 12 year old. Rebecca Morgan was 3rd 10 year old. The three Div 2 sailors who went down and competed in their first major Open fleet regatta all did well by finishing mid fleet in the Silver flight and all learnt a lot. Thank you New Plymouth Yacht Club, Gerald Martin, race committee and volunteers, KYC enjoyed the regatta. 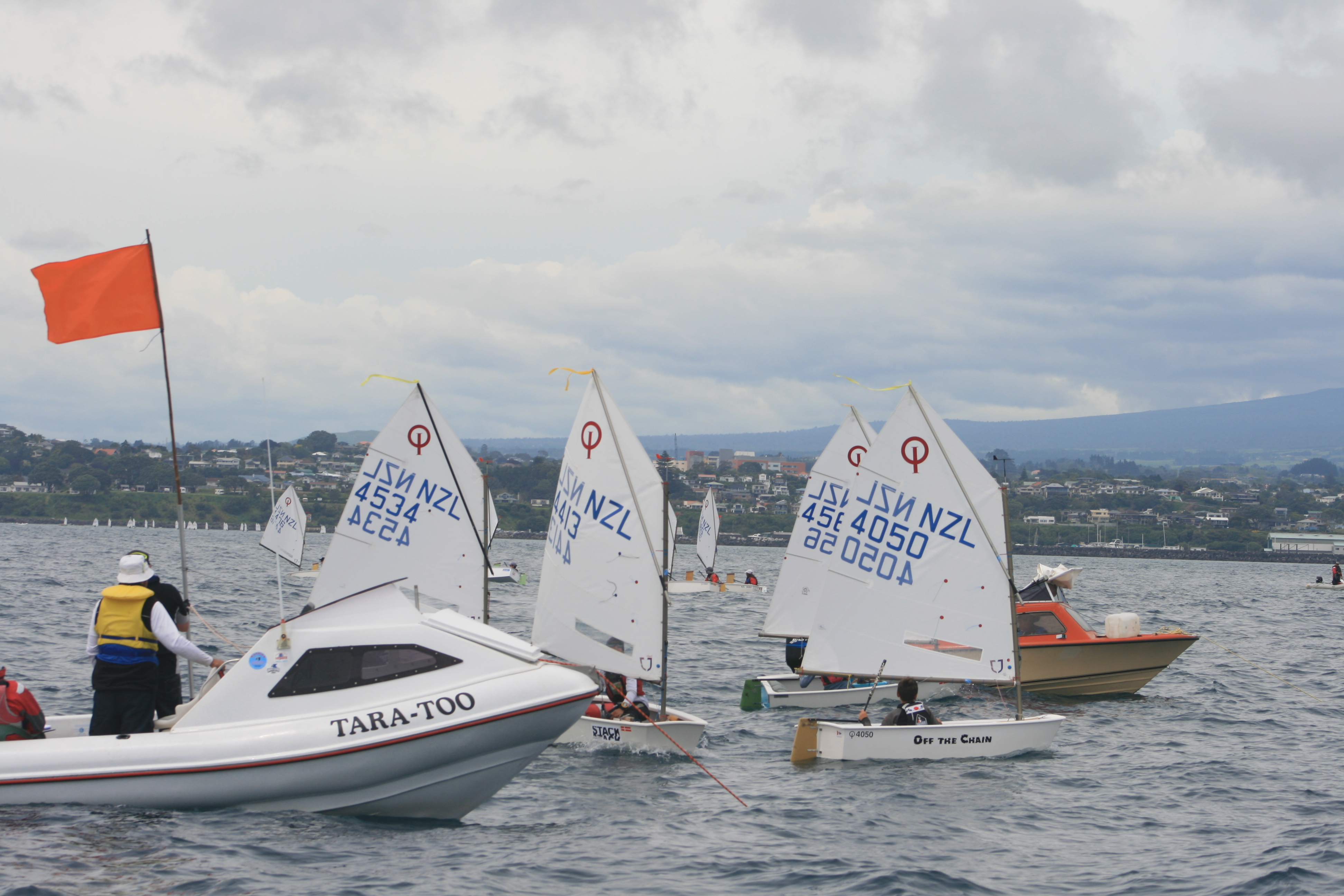 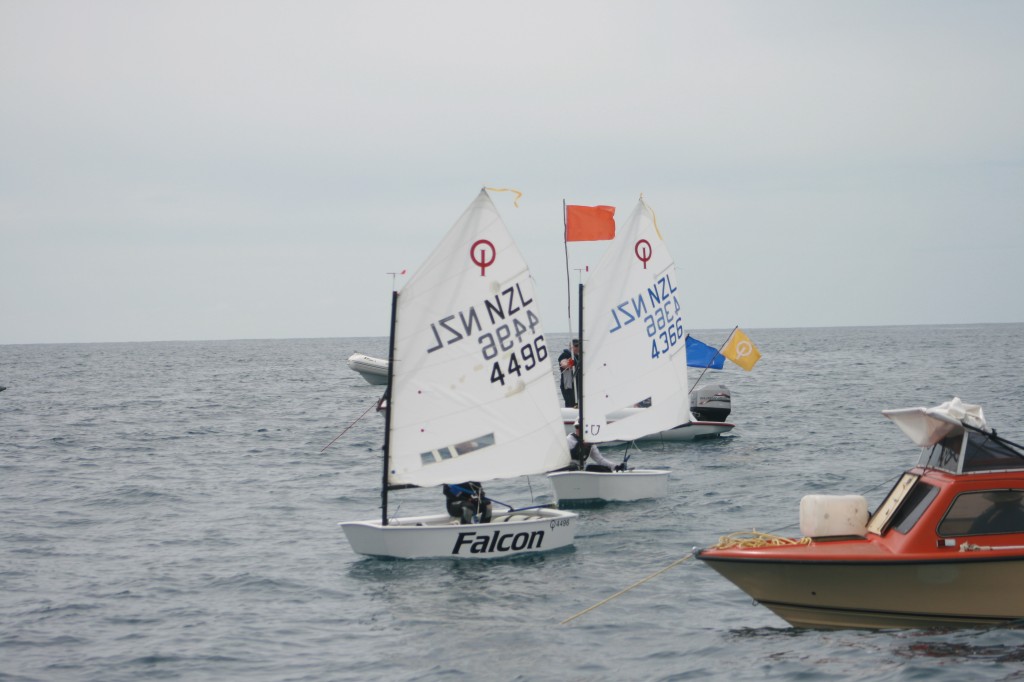 An interesting win to Ben with Craig second in the final race of the regatta.